Introducing the members of Off The Wall. Read on to find out all you need to know (and more) about the musicians that make up one of Auckland's most popular covers bands.... 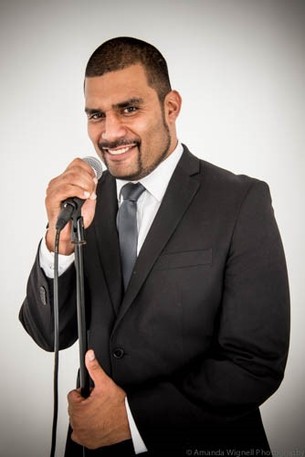 Starting his singing career as a member of his school choir in high school, it was not until performing for the first time in church that Ambrose began to really think about pursuing any type of singing in public.  After breaking into the folk/rock scene in Paris, Ambrose returned home to study in Dunedin, French guitar in hand to spend time cuddled up with a blanket plucking away at strings.

While honing his guitar and vocal skills, he was invited to join a fledgling covers bands in Auckland and made his debut on Ponsonby Road on a carpet laden stage playing to dozens and dozens of friends and family as a back-up singer and rhythm guitarist.  From there it has been a continual climb up the mountain of covers band glory with the opportunity to sub with cover band mega-gods Off The Wall and achieve more Facebook likes in one week than he had before in two weeks.  This would ultimately lead to his deification, transforming from super sub into the bands full time singer.  He has performed at a number of major events such as the Wellington 7s, Big Boys Toys and the V8 Supercars, but also enjoys returning to the roots of a good ol' post rugby pub gig. 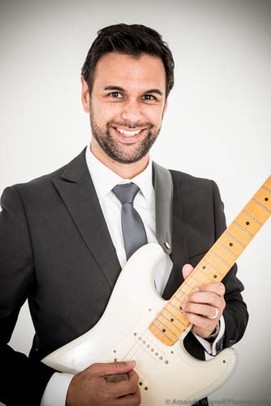 Kenneth leapt from obscurity to infamy by covering “Killing in the name” at a high school talent quest. Although disqualification ensued, he immediately became the envy of nearby high school bands. The following year, he formed a Beatles covers band which won the very same talent quest. During university holidays, Kenneth worked as guitar tech for the platinum selling Tadpole for several national tours and two Big Day Outs. He then joined emerging Auckland rock outfit Stylus. Signed to Wildside records, Stylus toured New Zealand extensively and recorded the acclaimed debut, “Painkillers” in 2003. Around the same time, Kenneth laid down guitar tracks for the highly memorable 0800 Party Bus radio add, appeared on Michael Murphy’s album, and filled in on guitar for Blindspott at the Christchurch Civic Theatre and a New Year’s show in front of 20,000 people at Hururu Falls, Paihia. Moving on from Stylus, Kenneth helped to found Off The Wall, covering some of the greatest tracks of the past 40 years. Apart from playing hundreds of shows with Off The Wall, Kenneth recently played a charity gig with NZ Rock legends I Am Giant. 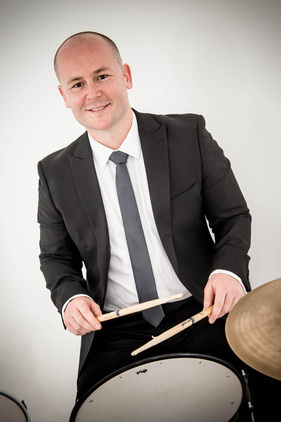 Note: the following was written by the drummer and not endorsed by the rest of the band....

Andrew holds the band together beautifully from the back of the stage. He covers all the mistakes from the other members of the band, and NEVER makes a mistake. He is also a very smooth customer but subtlety deflects the huge attention he gets from his female fans to build up the confidence of the other members. A true team player. Although impossibly handsome, easy going and humble it's his drumming which gets the most attention. It has been said other drummers usually consider quitting after seeing an 'Off The Wall' gig.

To top it off Andrew learns new songs in approximately three and a half minutes each. The band is hugely grateful to call their drummer not only Andrew 'the metronome' Rooney, but also 'The greatest drummer in NZ'. In his spare time Andrew enjoys reciting poetry by moonlight, long walks on the beach and unicorns. 'The metronome', also just says NO to drugs, drinking and smoking, unless someone is shouting. Andrew is sponsored by Ashton drum company. Find out more about Andrew on his website. 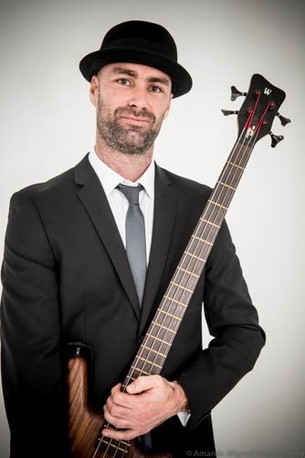 Not unlike many teenagers, Shane’s fascination with guitar first started when a high school acquaintance taught him ‘Come as you are’ at lunch time…before long he would be annoying the neighbours by consistently blowing up practice amps with poor renditions of Alice In Chains songs & wayward but earnest vocal efforts.

After lip syncing around Europe in a Catholic choir, Shane had a short lived career as a sensitive singer/songwriter in Auckland’s folk scene before concluding that music might be easier with fewer strings on his instrument & more band mates to stand behind.

Over the past decade he has performed in anything from Glam rock to boybands and everything in between…his heart is still set on one day playing his guitarrón in a Mariachi band but for now he has settled nicely into Off the Wall where he was forced to learn to tie a tie via several Youtube lessons.

Shane likes to spend time in the Americas & his favourite band is Toad the Wet Sprocket.

Create your own unique website with customizable templates.
UA-33801365-1